Harry Potter Harry Potter is a series of seven fantasy novels written by British author J. K. Rowling. The novels chronicle the lives of a young wizard, Harry Potter, and his friends Hermione Granger and Ron Weasley, all of whom are students at Hogwarts School of Witchcraft and Wizardry.

Different fonts were used on the Harry Potter book covers, for its chapter title, and elsewhere. The lettering used for the book title is very similar to a typeface called Hocus Pocus, comes in four styles and each with a complete character set. As for the chapter titles and page numbers, a font called Able by Marcus Burlile resembles their lettering. For the handwriting of Rubeus Hagrid, it resembles Felt Tip Roman by Mark Simonson. All mentioned above are commercial fonts and you can follow the links and purchase them.

But there are free alternatives to them. For the book title, you can use Harry P by Phoenix Phonts instead; For chapter titles, Lumos is also pretty similar and for the Hagrid lettering, a font called Hagrid was created to imitate the lettering. You can follow the links to download them for free. Note that these free fonts maybe not be professionally designed or with an incomplete character set, but they are Ok for personal projects or fun purposes. 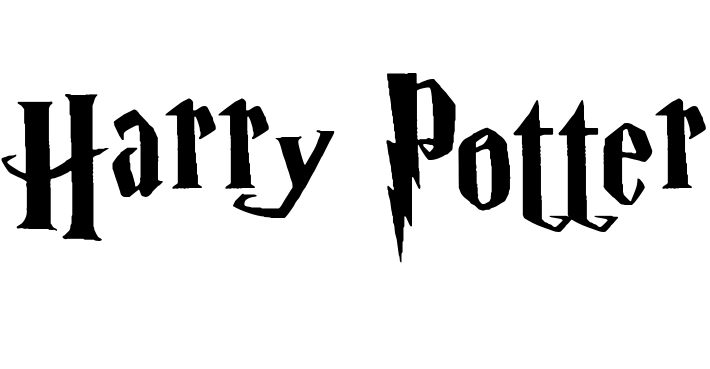