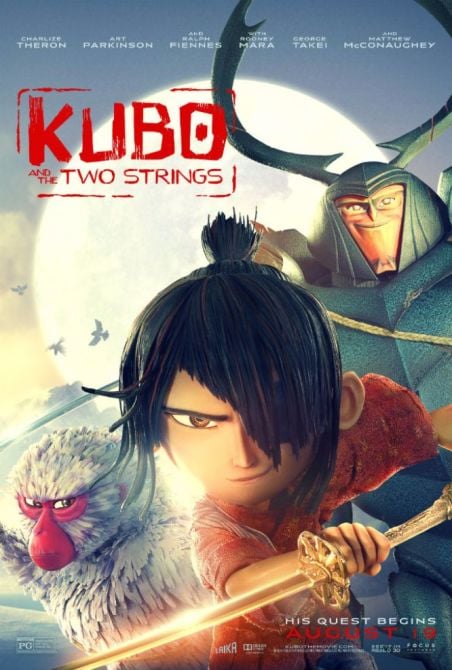 Kubo and the Two Strings Font

Kubo and the Two Strings is a 2016 American 3D stop-motion fantasy action adventure film directed by Travis Knight. The story follows a young boy named Kubo, using a magical shamisen ends up on a quest to confront his mother's wicked twin sister and his cruel grandfather, the Moon King.

The font used in the KUBO part of the film title is very much like Peleja, which is a handmade, square font created by Bruno de Souza Leão. The font is free for both personal and commercial use. You can download it from the Fonts Used Section.