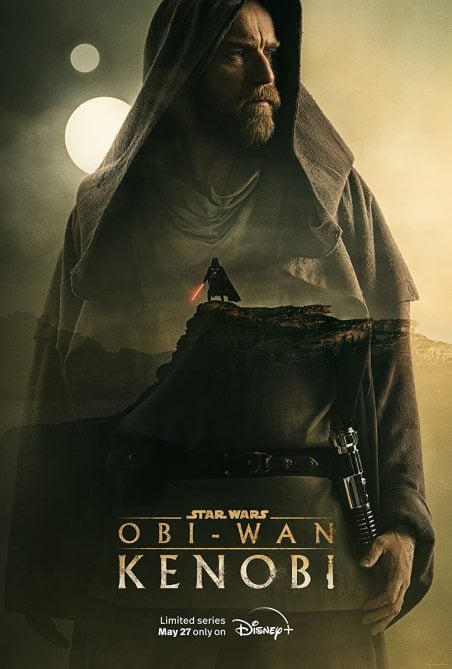 Obi-Wan Kenobi is an American television miniseries created for Disney+. Set ten years after the events of Star Wars: Episode III – Revenge of the Sith (2005), the series follows Kenobi as he sets out to rescue the kidnapped Princess Leia from the Galactic Empire, leading to a confrontation with his former apprentice, Darth Vader.

The TV title uses a chiselled serif face called Albertus. Albertus was designed by Berthold Wolpe in the 1930s and named after the thirteenth-century German philosopher and theologian Albertus Magnus.