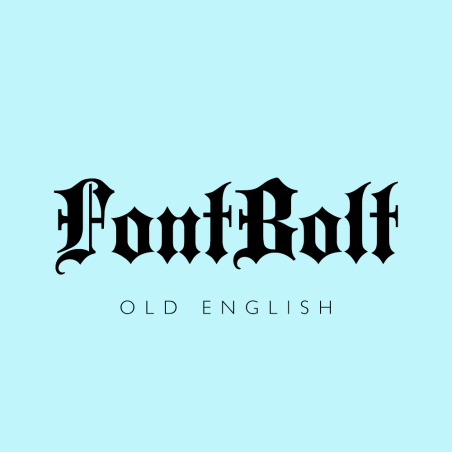 Old English is a typeface that is designed to replicate the lettering style of Old English, which was a form of the English language spoken and written in England from the 5th to the 12th centuries. The Old English alphabet is similar to the modern English alphabet, but it includes several letters that are no longer used in modern English, such as æ (ash) and þ (thorn). Old English typefaces are often used in decorative or formal contexts, such as in invitations, certificates, or as part of a logo. Some examples of Old English typefaces include Fette Unz Fraktur, Goudy Old Style, and Engravers Old English.