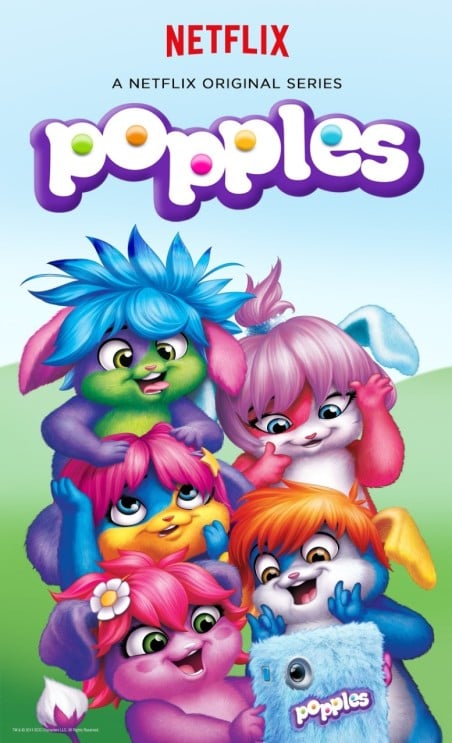 Popples is a Netflix children's animated program based on the Popples toy line. It is co-produced by Zagtoon, Method Animation, Saban Brands, and Nexus Factory. In the series, Bubbles, Sunny, Lulu, Izzy, and Yikes play a group of comical friends with hilarious adventures that usually end in mayhem.

The Popples title is written in a font that closely resembles Octopuss. It is a single-style decorative typeface that Colin Brignall created in 1970. Later, he added an outline variation with a shadow to the basic alphabet.