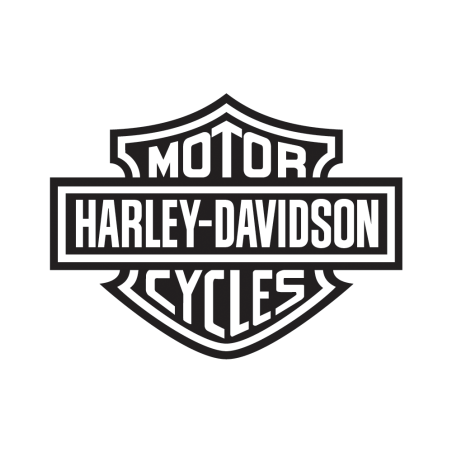 Harley-Davidson is a motorcycle manufacturer in the United States. It is known for producing a range of cruiser motorcycles with large V-twin engines, as well as a variety of other motorcycle models, including touring, sport, and electric bikes.

The font used for Harley Davidson logo is Block Gothic RR Bold ExtraCond by Red Rooster Collection. Block Gothic is a sans-serif typeface designed by Frederic Goudy in the early 20th century. It is characterized by its strong, block-like letterforms and is often used for display purposes.