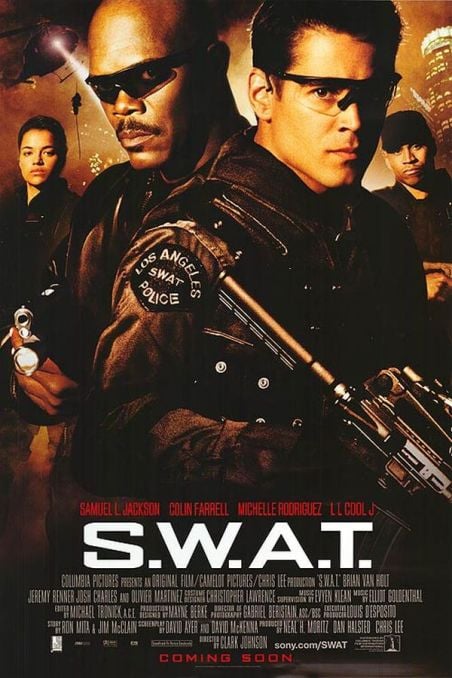 S.W.A.T. is a 2003 American action crime thriller film directed by Clark Johnson and written by David Ayer and David McKenna. The film details the escorting of a drug kingpin/international fugitive to prison by Hondo (Jackson) and SWAT team after the kingpin offers $100 million to anyone who can break him free. city.

The movie S.W.A.T.'s title on the poster uses Agency FB Bold, a square sans serif originally designed by Morris Fuller Benton in 1932. More information about the Agency typeface can be found here.